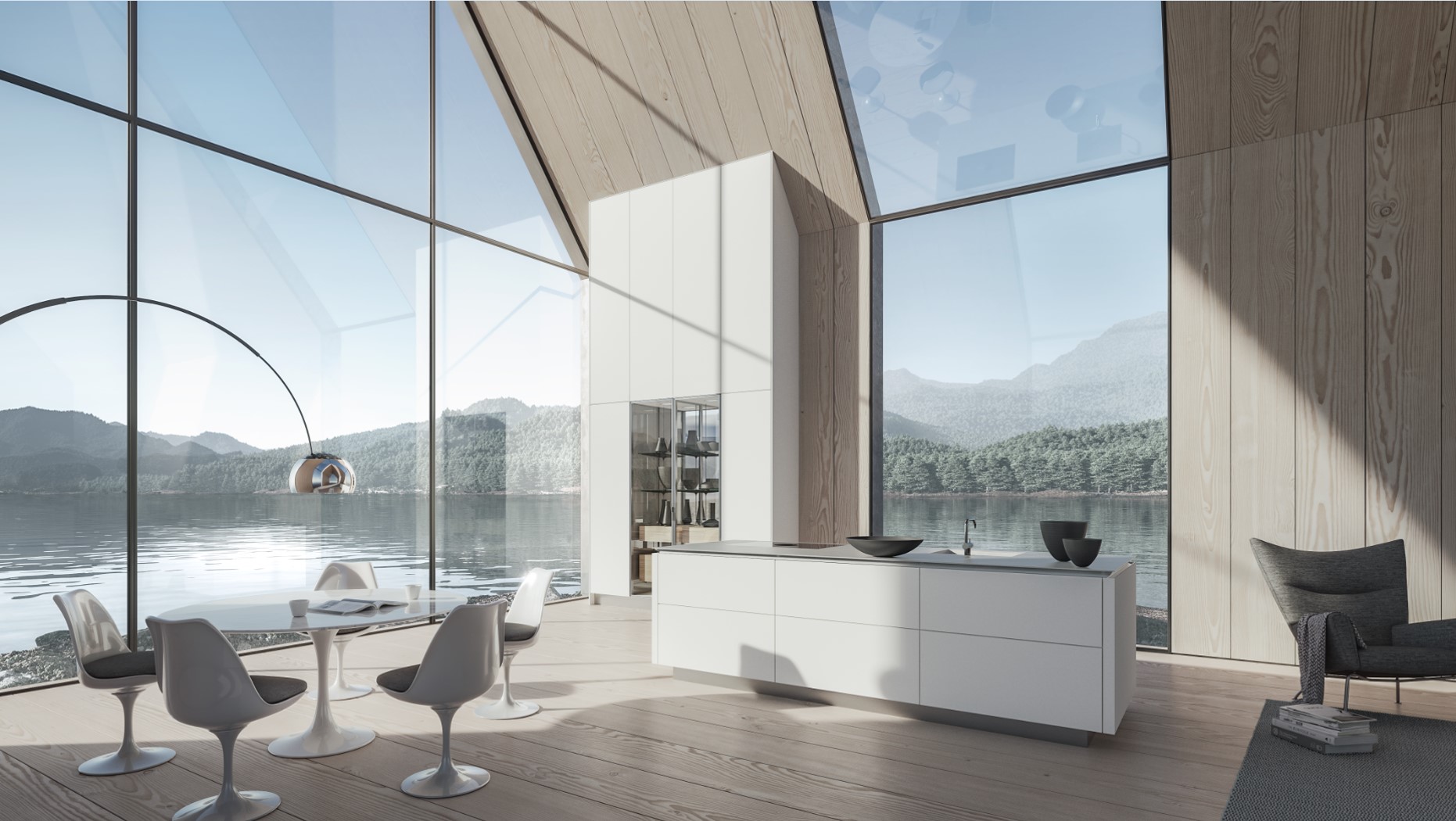 Creating the ideal home is a bit like detective work. As a designer, it’s about feeling your way around the property, asking questions, looking for clues in the behaviour and phraseology and habits of your client and weaving it altogether into a narrative spun from fixtures, fittings, surfaces, colours, fabrics and finishes.

A running theme however in the most harmonious homes, is a reverence for the elements. So much of our lives, our wellbeing and our sense of self comes back to our connection with nature. The elements have been used time and again throughout history and different civilisations to create that link; to ground us and to help us make sense of the world and ourselves.

History and the elements

Throughout history, the elements have been referenced both in terms of philosophy and chemistry. The Greek philosopher Empedocles (492 BC to 432 BC) is perhaps the best known as the first to reference four elements (fire, air, water and earth), believing that all matter was composed of them.

That lay the foundations for much of Western thinking until the 18th century, with philosophers Plato and Aristotle as well as the physician Galen developing the hypothesis.  In the 1820s, the German chemist, Johann Wolfgang Döbereiner evolved the understanding of elements, with experimental work that preceded the creation of the periodic table.

The elements have also played a pivotal role in the development of other cultures as well. According to Siddha medicine (a traditional system of healing that originated in South India),“there are five elements that exist in nature: earth, water, fire, air, and ether, all of which form the original basis of all corporeal things.”

Meanwhile, Unani medicine (from South Asia), hinges on seven principles, one of which is ‘arkan’ (elements). Britannica describes them as: “indivisible entities – arz (earth), maa (water), nar (fire), and hawa (air) – arkan not only constitutes the primary components of the human body but also makes up all other creations in the universe.”

You may also have heard of Ayurvedic medicine – a holistic healing system that dates back more than 3000 years in India. Once again, it is linked to the elements – five in this case: aakash (space), jala (water), prithvi (earth), teja (fire), and vayu (air).

Health and the elements

Those four ancient elements and their influence on the composition of all things, has also been used to explain human nature and health historically. The belief amongst ancient Greeks (courtesy of Hippocrates), was that people were defined by four ‘humors’: blood, yellow bile, phlegm and black bile (ref: nlm.nih.gov).

These were closely linked to the elements and individual character traits:

• Fire represented by yellow bile, too much of which caused anger – choleric.

• Water was linked to phlegm, too much led to calmness, then sluggishness and apathy – phlegmatic.

• Air was associated with blood, causing a ruddy complexion and a courageous, hopeful, amorous disposition (sanguine).

We see these played out, used to describe people and explain behaviours to dramatic effect across literature – perhaps most notably by Chaucer and Shakespeare.

For example, in the Prologue to the Canterbury Tales, Chaucer talks about how the ‘Doctour of Phisik’ can diagnose any problem that a patient has based on the humors:

With us ther was a Doctour of Phisik;

In all this world ne was ther noon hym lik,

For he was grounded in astronomye.

He kepte his pacient a ful greet deel

Wel koude he fortunen the ascendent

Of his ymáges for his pacient.

Were it of hoot, or cold, or moyste, or drye,

And where they engendred and of what humour.

Wellness and the elements

While our scientific knowledge may have evolved, today we still see the elements used in wellness, from spas to skincare products and even in everyday language. With the autumn setting in lately, many of us will find we feel a little low and might attribute it to the changing seasons – the wind, the rain and the fading light (fire).

Many spas also draw on nature, often incorporating Ayurvedic principles. We see this represented in the food that’s served and the treatments that are offered. The skincare brand, Elemental Herbology is even designed around the Ayurvedic elements – tailoring products to the individual based on how the elements link to their needs.

Perhaps more literally however, the architecture of wellness environments hinges on those initial elements that Empedocles connected to all things. Natural materials (marble, granite, slate and wood), are popular in design, water is an intrinsic part of the environment, as is plenty of open space (air) and natural light (fire). Oxygen treatments, thermal suites and mud treatments – it all hinges on an immersive experience that connects us directly or indirectly with the natural world.

The elements at home

This connection that we see in wellness environments can also be brought into our homes. We have written before about bathrooms and how they can be turned into home sanctuaries for wellbeing. The same can, and should, run through interior design.

The use of light, space, sound, water and natural materials all has an impact on how we feel everyday and how we enjoy our homes. You might incorporate large aquariums because of a need to connect with water, perhaps you have space for a saltwater swimming pool or fountains, for example.

At Nicholas Anthony, we are firm believers that you don’t need to have enormous amounts of space to make the most of it. What is important is intelligent design that really considers the needs and desires of the individual and their lifestyle, to help them get the most pleasure and fulfilment from the space that they live in. After all, when it comes to designing your home, how you feel in it is of course elemental.

If you would like to discuss design to elevate your experience at home, you can speak to our specialists any time or visit one of our studios for inspiration.